“Menehune are small magical spirits that make the impossible possible” 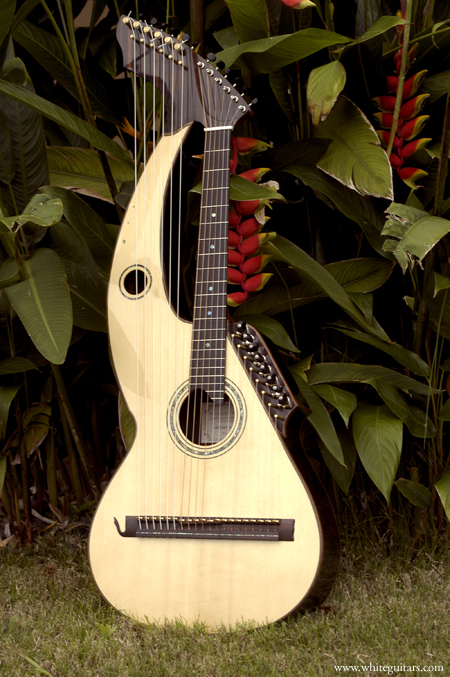 This twenty-string harp guitar has three string-bank groupings, with six guitar strings in the middle, six sub-basses to the left, and eight super-trebles to the right.  This extends the range of the guitar to five full octaves, greatly expands the resonance, and adds general facility in playing the highest pitches.

One major challenge of the six-string guitar is that a player has to do two things to get one note: having to pluck with one hand while the other hand fingers the note plucked. The additional strings banks eliminate that, similar to the piano or harp which can create a tremendous variety of effects with ten fingers – each doing only one activity to play one note.

This design was created in 1986 by luthiers Jeffrey Elliott and John Sullivan for Harp Guitarist John Doan. I have modified this design slightly with the addition of string sharpers, which raise the pitch 1 half-step, for the bass strings and a fully adjustable neck. This means the guitar features both a traditional truss rod and mechanically adjustable neck angle. 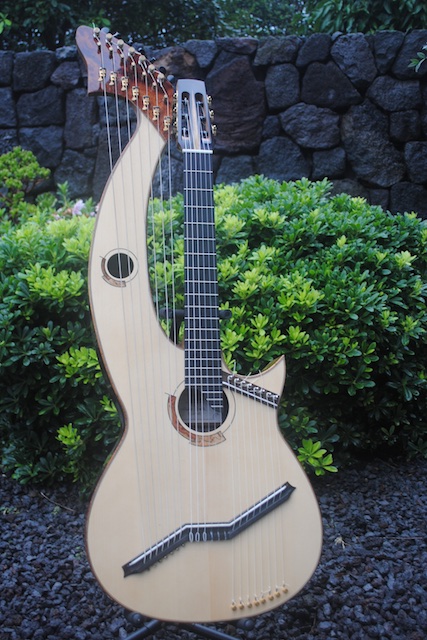 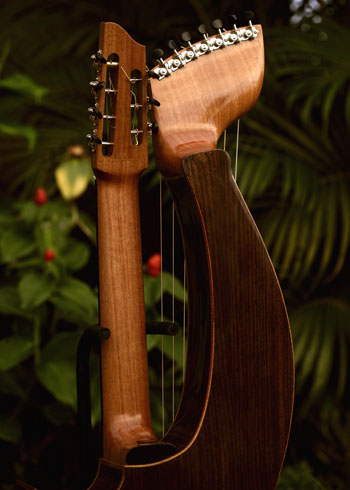 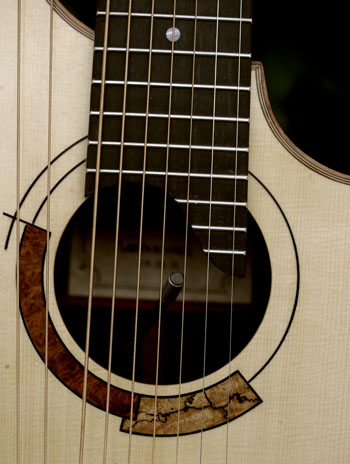 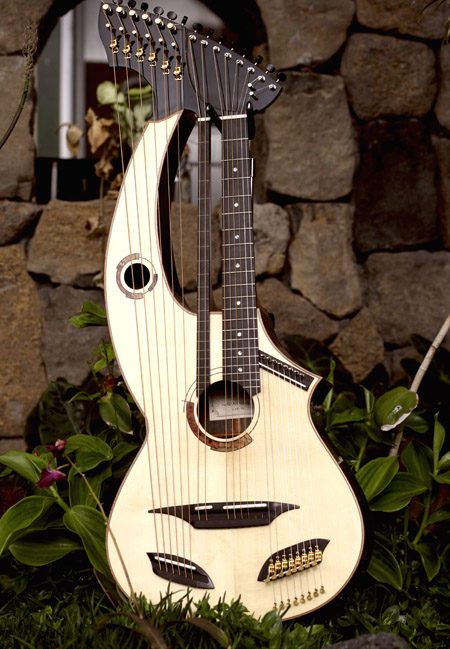 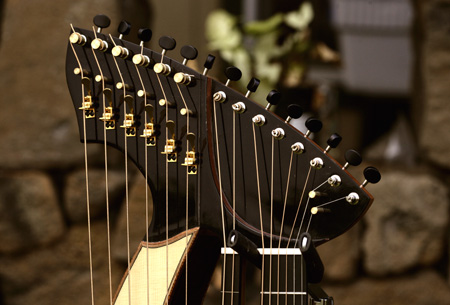 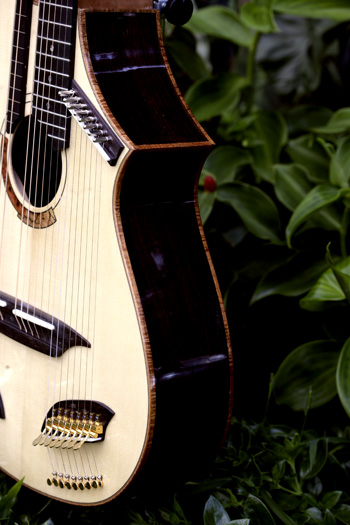 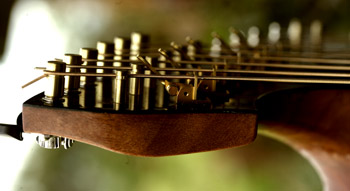